Warning: Trying to access array offset on value of type bool in /homepages/46/d686528623/htdocs/app723666200/wp-content/plugins/postman-smtp/Postman/PostmanOAuthToken.php on line 45

Warning: Trying to access array offset on value of type bool in /homepages/46/d686528623/htdocs/app723666200/wp-content/plugins/postman-smtp/Postman/PostmanOAuthToken.php on line 46

Warning: Trying to access array offset on value of type bool in /homepages/46/d686528623/htdocs/app723666200/wp-content/plugins/postman-smtp/Postman/PostmanOAuthToken.php on line 47

Age of Consent: the age when one is legally competent to consent to marriage and sexual intercourse

Air: one of the four elements, representing intellect and communication

Authentic: true to your personality, spirit, and character

Binary: made of two parts or things; a number system based on zero and one; dividion into two things which are considered opposites

Caring (2): having a liking, or fondness; feeling trouble or anxiety; having an inclination; feeling interest or concern

Consent: verb and noun; verb to give approval, to agree; noun agreeing as an action or statement

Continuum : a whole which is expressed as a collection, sequence or progression

Cursor: a visual cue (like a blinking vertical line) on a digital display that show position and asks for input

DNA: any variety of nucleic acids, which are the basis for hereditry

Earth: one of the four elements, representing the phisical and material aspect of beingness.

The Elements: a system of representation in western society which includes: earth, water, air and fire.

Equal: to be like in status, nature, or quality, for each member of a couple, group, or society

Estradiol: a natural estrogenic hormone; it is a phenolic alcohol C18H24O2 and is secreted the ovaries

Expression: the act or process and instance of representation

Female: a female person; a person who identifies as female; a woman or a girl; often an idiviual that is capable of producing eggs; a plant with only pistils or pistilate flowers

Femininity: the quality and degree of being womanly/ „female like“ according to your surroundings

Fetish: here – slang or common adjective to describe intimate activities which are outside of standard social intimate activities, including but not limited to: bondage, S/M, role play, etc. For more information or details: contact me

Fetishism: here: the eroticizing of an aspect or single quality of a person to a sexual fetish

Fire: one of the four elements, representing passion, creativity and energy

Flank: the fleshy parts of the body between the ribs and the hips

Gender: behavioral, psychological and cultural features that are associated with being either female or male.

Habit: an acquired behavior which has become involuntary

Healthy: an adjective meaning “…beneficial to one’s physical, mental or emotional state: conducive to or associated with good health or reduced risk of disease…”

HHIA Relationship: a relationship between 2 or more adults which includes intimate connections and behavior and promotes being happy and healthy intimate, adult

In Vitro: outside a living body or plant

In Vivo: inside a living body or plant

Kink: in this context – unconventional sexual interests, desires or behavior

Love: both a noun and a verb used to describe “(1) strong affection for another arising out of kinship or personal ties…”, “(2) …affection and tenderness felt by lovers…”  and “…2 a:  to feel a lover’s passion, devotion, or tenderness for…”. *

Lover: a sexual and/or romantic partner

Lucid: awake, aware, able to make decisions; having full use of your faculties

Masculininity: the quality and degree of being manly/ „male like“ according to your surroundings

Male: a male person; a person who identifies as male; a man or a boy; often an idiviual that is capable of fertilizing the eggs of a female, a plant with stamens and no pistils

Material Plane: a physical level of consciousness, development or existence; the physical world we live in

Objective: an adjective – situation or condition without distortion by interpretations or prejudices

Objectification: the act of treating someone as an object

Obsession: here: persistent preoccupation with an unreasonable feeling or idea

One night stand: a sexual encounter limited to once (one-night), most often with a stranger or someone you have just met.

Partner: a person one in intimate relationship, one half of a couple

Pliable: able to bend freely and/or repeatedly without breaking

Potent: having force or influence; able to copulate

Potency: capacity to achive a result

Relationship: a connection binding participants, a romantic or loving attachment.

Ritual: 2a: ritual observance; b: a ceremonial act/action c : an act or series of acts regularly repeated in a mindful manner; 1: established form – ceremony specifically: the order of words and actions established for religious ceremony

Romance: a love affair – Check out the other definitions as well!

Safety: being safe from experiencing or causing harm, hurt, injury, or loss

Similitude: a counterpart, correspondence in kind, type or quality; a point of comparison, perpective

Sound mind and body: a healthy mind and body; unimpaired thought and understanding for oneself and one’s actions; intellectually and physically competent

Spouse: married partner of any gender

Taboo: here: a ban due to social customs, morals, values or as a protective system

Testosterone: a hormone that is a hydroxy steroid ketone C19H28O2 produced especially by the testes

Torture: to cause suffering; to torment

Vulval vasalcongestion: Girls/women experience a correlate reaction of an erection in boys/men. The vaginal walls fill with blood (increased vascular blood flow) and result in swelling and secretion, a wetness.

Water: one of the four elements, representing emotions, feelings and the heart

Your last word: not a word but a signal. Some intimate situations limit the use of words. In this instance signals are agreed upon before the situation begins, to confirm comfort, safety, & consent.

For more information contact me or read more about me. 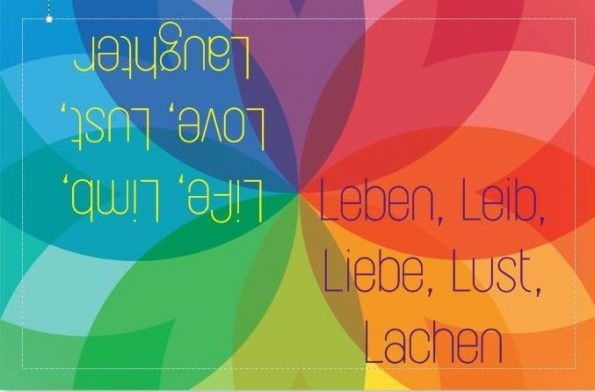 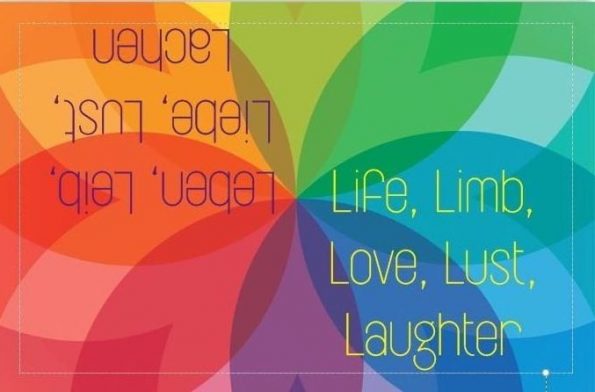